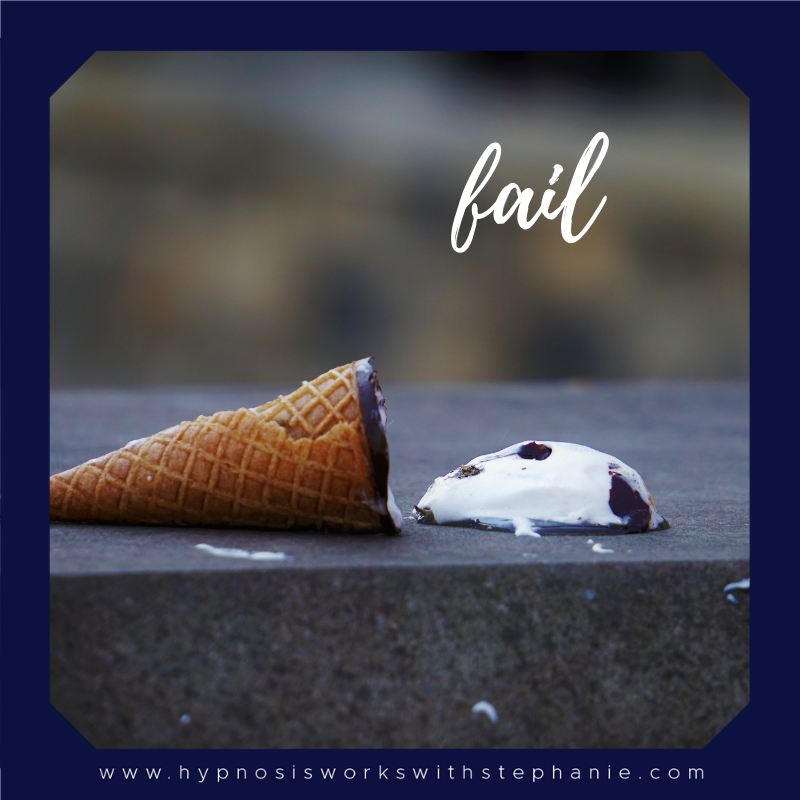 Last week I started my series on duality. By definition duality quite literally means, ‘having two parts, often with opposite meanings, like the duality of good and evil. As hinted at by the word “dual” within it, duality refers to If there are two sides to a coin, metaphorically speaking, there’s a duality. Peace and war, love and hate, up and down, and black and white are all examples dualities.

We started the conversation by talking about succeeding so it’s only fitting that this week we talk about failure. Quite honestly, this quote comes at the perfect time for me (and I hope you too) since I recently had something happen in my life that most would deem as a ‘failure’.

So let’s dive in.

Why on earth would we talk about failure as a ‘daily inspiration’? I believe that failure is a necessary part of success. In my daily inspiration post about detaching, we started the conversation about Buddhism. For me, Buddhism is about balance. Some would argue that Buddhism is about detaching but for me, it is about achieving the balance between attachment and detachment (or achieving a balance between success and failure). As I’ve mentioned before, we as humans crave attachment. I believe we need it for survival on a physical as well as emotional level.

So let’s talk about failure.  There are so many amazing quotes about failure so why did I pick this one and why is failure a necessary part of success?

Lets start with the later. Failure is necessary for success because if we never fail, we never truly know how far we can go, or how BIG we can succeed. Think about this for a moment.  How many of you were athlete’s in high school, college (or now)?  What if with everyone you played against, in every game, you won with ease?  If so, your game would never get any better.  You would stay stagnant, you wouldn’t have to improve to keep winning. If however, you played more challenging teams, or if you played up a level….you would have to learn new skills to keep winning.  You would naturally learn new skills by challenging yourself and by watching the other players.  How do we know if we are actually challenging ourselves? That’s right, when we fail.

Failure is an indicator that we are ‘playing up a level’ therefore challenging ourselves.

So lets’ go back to the quote – “I can’t give you a sure-fire formula for success, but I can give you a formula for failure: try to please everybody all the time.”

In our quote from last week we talked about success and how the true measure of success should be how well you succeed at being the person you “are” (instead of the person you’re “supposed” to be). When we look at this week’s quote from that perspective, “failure” has a totally different meaning. In this case, failure means trying to please everyone else or… trying to be someone you’re not.

Why do I think failure is a good thing? Well I think everyone should totally fail at trying to please everyone else all of the time. Instead we should succeed at pleasing ourselves; succeed at being the people we are. The funny thing is, when we start to please ourselves first we operate at a higher vibration. When we are operating at a higher vibration then we attract others at a higher vibration. That means more love, joy and happiness for us while also spreading it to others. Think of it this way – how many times have you seen someone, possibly a child,  really enjoying themselves?  Maybe they were playing in the raining, giggling with friends? Maybe you saw an adult actually dancing or singing to their favorite song in their car?  Did it make you smile too?

So today, fail valiantly! Fail at trying to please other people while you succeed at being you!

Would you like a little help learning how to please you instead of everyone else around you? You might really benefit from hiring a life coach!

Everyone needs a little pick-me-up sometimes. Join our weekly newsletter and get an encouraging messages straight to your inbox.